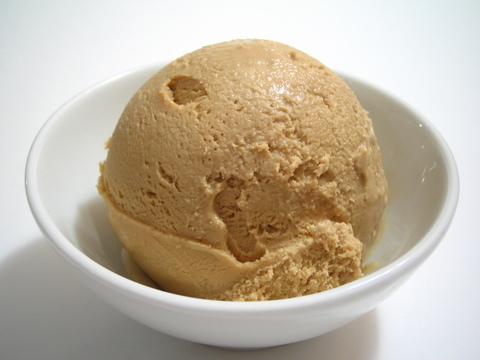 It’s summer, and for many of us, that means one thing: Ice cream!

We’re not exactly the first people to feel that way. We know that Alexander the Great enjoyed snow and ice that was flavored with honey and nectar. Biblical references also show that King Solomon was fond of iced drinks during harvesting. During the Roman Empire, Nero Claudius Caesar (C.E. 54-86) frequently sent runners into the mountains for snow, which he had flavored with fruits and juices. The first advertisement for ice cream in this country appeared in the New York Gazette on May 12, 1777, when confectioner Philip Lenzi announced that ice cream was available "almost every day." Records kept by a Chatham Street, New York, merchant show that President George Washington spent approximately $200 for ice cream during the summer of 1790.

So we’re in good company! But when you arrive at the frozen-dessert section here at Bliss Shurfine Food Mart, you may find yourself a little confused. Ice cream and frozen desserts come in many flavors and types. Whether the flavor is vanilla (which, by the way, is still America’s favorite!), chocolate, Heath Bar or cookie dough, ice cream and its related products come in many different forms:

No matter what product you choose, we have it at Bliss Shurfine Food Mart in Manchester and Shortsville NY. Why not stop in today and try some of them out?