It's All About The Chocolate 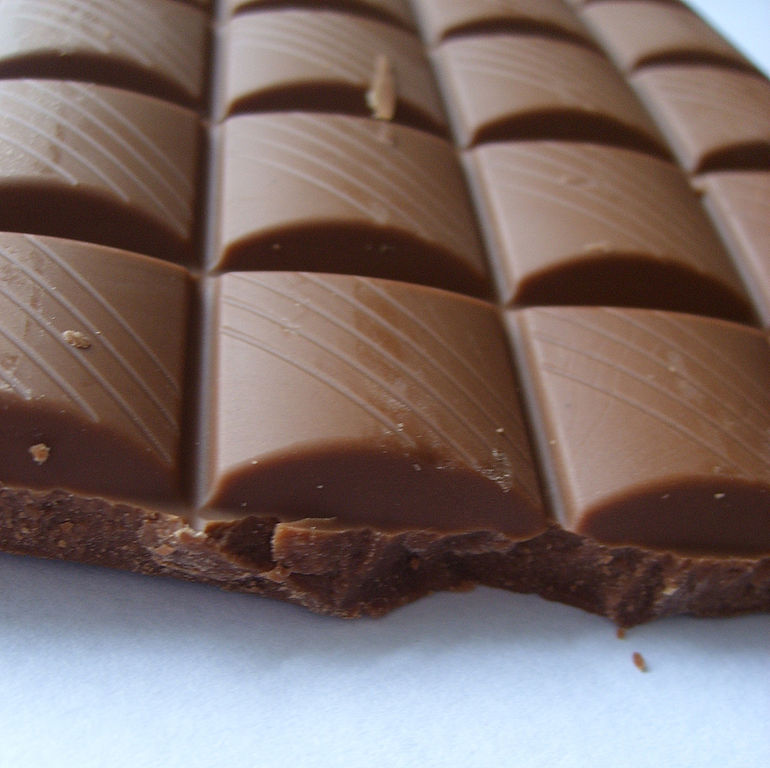 It's all about the chocolate. And don’t let anyone tell you otherwise! At Bliss Shurfine Food Mart, we love our chocolate, and think that you probably do, too. And you’re in luck, because tomorrow is National Milk Chocolate Day!

There’s something of a gotcha, though: you don’t want to eat too much of it. Why? With a taste more of sugar and milk than cacao, milk chocolate was first made for children. The typical milk chocolate on the market today consists of no more than 33% cacao (cocoa solids), but many companies drop that percentage even lower, sometimes to the teens, since sugar is cheaper than cocoa.* That means that the remaining portion of the bar is comprised of milk solids and sugar, and that’s why inexpensive chocolate bars taste like no more than sugar: They are! By law, the FDA enables manufacturers to use as little as 10% cacao (also known as cocoa solids or cocoa liquor), no less than 3.39% milk fat, and no less than 12% of total milk solids. The remaining ingredient is sugar, so an inexpensive chocolate bar can be about 75% sugar. (The formula, or “recipe,” is up to the manufacturer, as long as the percentages do not drop below the FDA’s minimal requirements.)

“Hershey process" milk chocolate is the most popular milk chocolate in North America. The process was invented by Milton S. Hershey, founder of the Hershey Company, and creates chocolate that can be produced more cheaply than other processes since it is less sensitive to the freshness of the milk. (The process is a trade secret, but experts speculate that the milk is partially lipolyzed, producing butyric acid, which stabilizes the milk from further fermentation. This compound gives the product a particular taste, to which the North American public has become accustomed, to the point that other manufacturers now simply add butyric acid to their milk chocolates!)

However, the truth is that today no one needs to eat bad milk chocolate. The greatest chocolate producers in the world make milk chocolate bars that are as good as it gets. Using the best cacao beans, the most meticulous processing techniques, and the finest recipes, they create eye-opening milk chocolate that has nothing to do with the chocolate bars of youth (unless your youth was spent with extremely discriminating parents!). This chocolate is so good that those chocolate lovers who ran from cloying, characterless milk chocolate long ago will return to the fold.

Have we gotten you in the mood? Why not come in to Bliss Shurfine Food Mart today and stock up on milk chocolate for tomorrow… The best way to celebrate National Milk Chocolate Day is to—eat it!