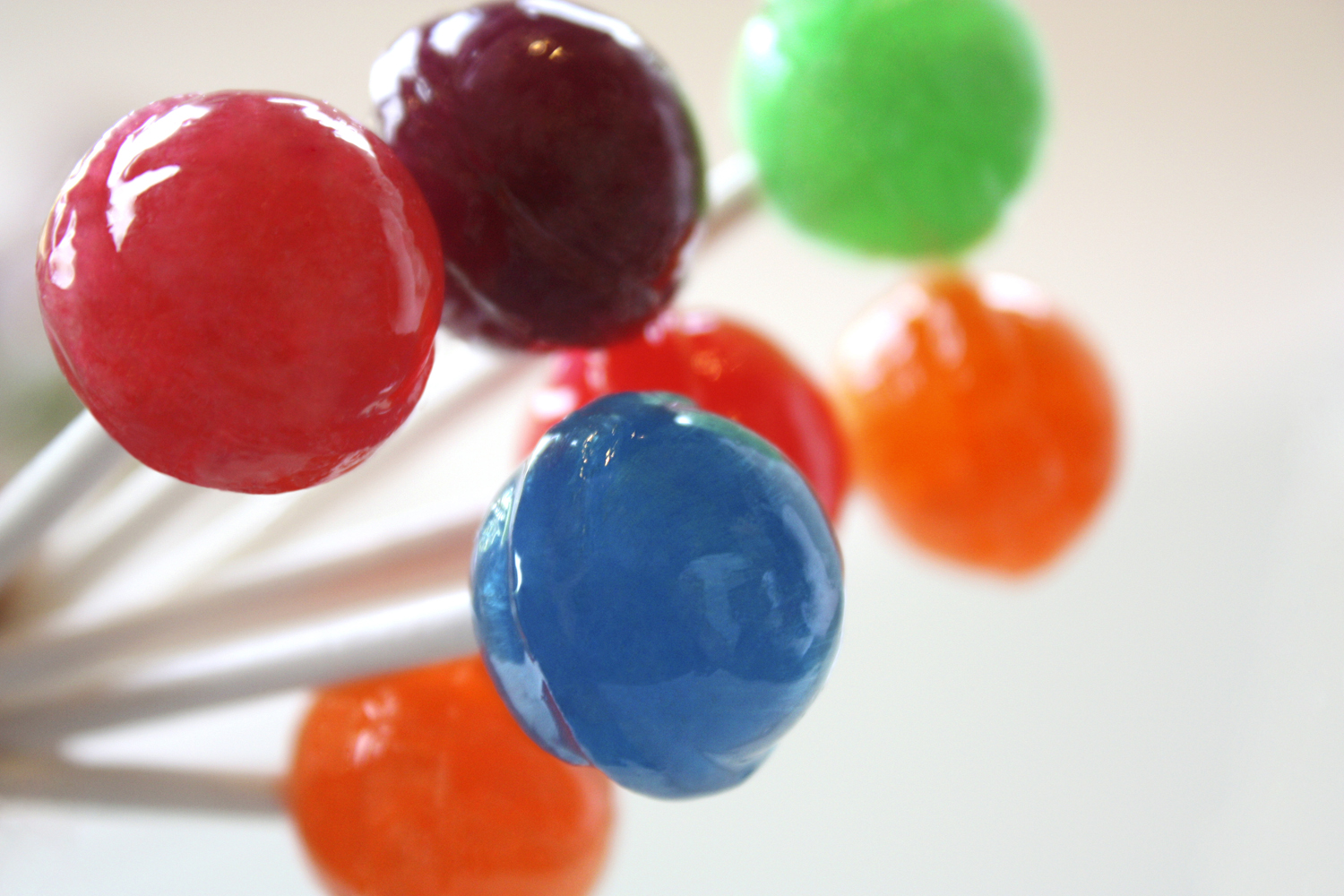 It’s National Lollipop Day. Take a few minutes to read this history of the lollipop as you enjoy one or two!

According to the National Confectioners Association, eating sugar from a stick likely dates from prehistoric times, when people licked honey off the stick used to scrape it from the beehive.

The ancient Arabs, Chinese, and Egyptians made fruit and nut confections candied in honey, which may also have been eaten from sticks, owing to the stickiness of the confection.

But what we think of as a lollipop dates from the Middle Ages, when sugar was boiled and formed onto sticks as treats for the wealthy (who were the only people who could afford sugar). So lollipops were a definite sign of status!

By the 17th century, sugar was plentiful and affordable. In England, boiled sugar treats (what we in the States think of as “hard candy”) were popular. The word “lollipop” (originally spelled “lollypop”) first appears in print in 1784, roughly coinciding with the beginning of the Industrial Revolution.

While we don’t know the inventor of the modern lollipop, the first automated lollipop machine was invented in Racine, Wisconsin in 1908. The Racine Confectionery Machine Company’s machine put hard candy discs on the end of a sticks, producing 2400 lollipops per hour, 57,000 per day. That probably sounds impressive until you consider that today’s machines can produce three million lollipops daily!

Far beyond the Tootsie Pop of childhood, today’s lollipops come in all shapes and sizes, from handcrafted works of sugar art to caffeinated Java Pops and bizarre bacon lollipops.

So let yourself go today and enjoy a lollipop or two! We have some at Bliss Shurfine Food Mart and are very happy to share!